The 1% Myth about Shared Parental Leave 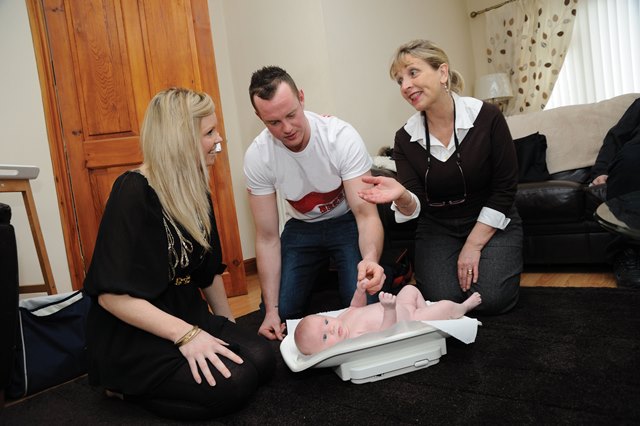 The headlines falsely told us fathers’ take-up of Shared Parental Leave was woeful, but the truth could be much brighter. NICK THORPE untwists the statistics and finds new hope in the Year of the Dad.

IF, like us, your Easter holiday was dampened by the gloomy headline that only 1 per cent of men had taken up Shared Parental Leave, then cheer up – it seems we’ve all been misled by a statistic that the BBC is describing as “fabulously wrong”.

The UK government’s own modest projection for fathers’ take-up of parental leave in its first year was between 2 and 8 percent. But the true figure could be well above that – for reasons BBC Radio 4’s More or Less made scathingly clear.

The implications of this are staggering. A back-of-the-envelope calculation by the statistical fact-checking programme found that even if every single new father in the UK had taken Shared Parental Leave - which allows parents to decide between them how to share the mother’s 52 weeks of maternity leave - that would still be only about 5% of all men. In that light, 1% of all men suddenly looks rather impressive – roughly equating to 20%, or one in five eligible men!

WHERE ARE WE NOW? 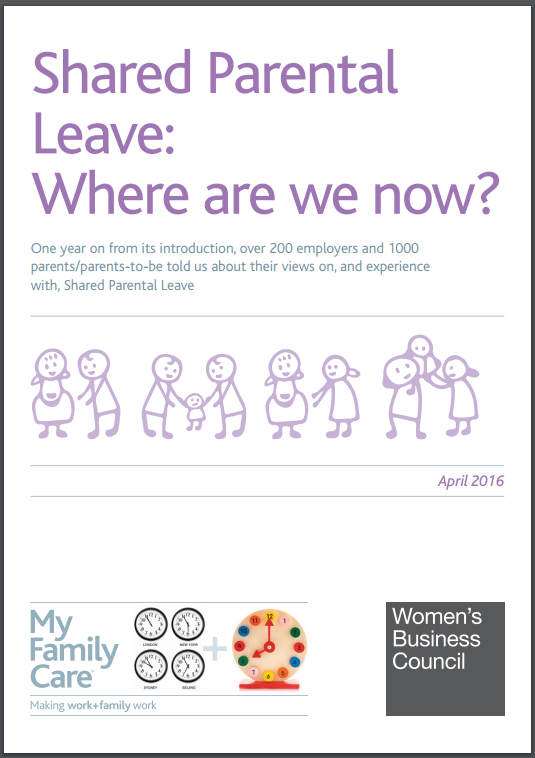 More or Less claim that this important detail wasn’t explained in the original press release, though it is stated in the original report by My Family Care and the Women’s Business Council, who surveyed HR departments in 200 companies:

But it seems almost nobody in the media – and few of the rest of us - read that far through the research document, which also includes some much more enlightening statistics we’ll come onto later. Instead, we were treated to the usual downbeat assessment of dads across the UK – when the truth may well be a whole different story.

“It’s one of the worst statistics we have ever looked at on More or Less,” fumed producer Charlotte McDonald on air with her presenter. “And the headlines it generated, the things people were saying on the news that day, were just so fabulously wrong! We heard experts ruminating on the reasons why men wouldn’t be taking it up – and the main reason is because they didn’t have babies!”

Quite. And as Tim Harford pointed out, the bogus statistic “may be harmful, because it changes people’s expectations: “Oh if I take Shared Parental Leave I’m a bit of an outlier, a bit of a freak, it’s not what most people are doing.”

So what is the correct figure for uptake? We won’t know for sure until 2018, when the UK Government will properly evaluate the policy’s first four years, but the indications are very positive.

Only today, the Scottish Government reported in our New Dads' Workshop that 11.5% among its eligible male employees had taken advantage of SPL in its first year!

And in canvassing 1000 parents through websites and social media, the researchers for My Family Care found 30 men who were eligible for Shared Parental Leave, and of those, ten – or ONE THIRD - had taken up the opportunity.

Clearly this sample isn't large enough or representative enough to be statistically meaningful – but as Tim Harford coyly stated, directing listeners back to the Government’s own 2-8 per cent projection: “Nothing we have heard this week suggests that target is unachievable.”

So cheer up everybody! Let’s forget all those depressing echoes of that bogus 1 per cent figure, and look instead at some of the more interesting top-line findings which got buried – and which suggest that mums and employers are at least as crucial as dads in making this work.

Here’s what parents or parents-to-be said about SPL, quoted directly from the report:

Men, it seems, in principle, are interested to the same degree as women in taking SPL. About 30% of both men and women who already have young children - and may be considering having more - said it was ‘very likely’ they would choose to take SPL.

But there are obviously lots of factors that come into play in deciding to share or not to share leave:

• Only 40% of individuals say that SPL is encouraged by their employer.

• Just over half of mums say they don’t want to share their Maternity Leave with their partners but 44% of women want to have shorter time off for career purposes.

• 50% of men strongly agree/agree that taking SPL is perceived negatively at work.

• 87% of men strongly agree/agree that they would like to take longer leave so as to be fully involved in parenting their child.

This is the big one – 87 per cent of men want longer leave! We know this is more than just flannel, because in countries like Iceland and Sweden where a portion of parental leave is for dads only, the percentage of dads who take it is this high.

BALL IN ALL OUR COURTS

But dedicated daddy leave is a long way off here, and in the meantime, the ball is in all of our courts – dad, mum and employers – to push beyond single digits and start a daddy revolution.

As the survey concluded:

Overall, what is clear is that whilst everyone’s circumstances and preferences are very different, the financial issue is key to decisions. Over 80% of both men and women strongly agree/agree that a decision to share leave would be dependent on their finances and employer enhancement of SPL.

Men clearly ARE interested in sharing leave, but will their companies encourage them and will their partners let them?

A good question indeed. Another is: will you tell us about your experience of Shared Parental Leave in Scotland? Anecdotally we’re hearing encouraging numbers but we’d like to hear your stories too.

So if you’ve dipped your toe in the water of shared leave, please get in touch.

And let’s make Year of the Dad the time when Scotland’s dads surprised even ourselves.