Song for Dad launches Year of the Dad 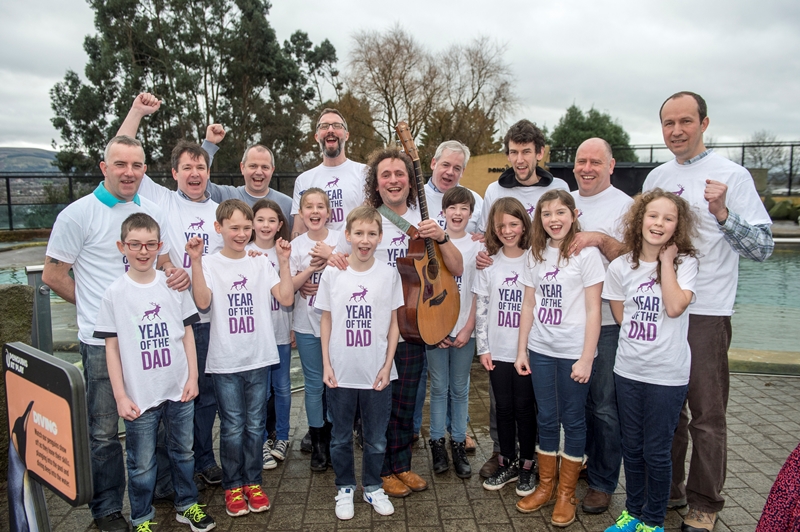 Nearly 300 people gathered at Edinburgh Zoo today to launch Year of the Dad with stories, speeches, feasting and music - including a wonderful song specially-written by children. NICK THORPE reports

FROM the moment the idea for Year of the Dad was first conceived, it's been clear to us that the most important voices in this celebratory campaign will be those of children.

And rarely have children's voices been so passionate, moving and funny in their affection for their dads as those of the P6 pupils who took the stage at today's official launch at Edinburgh Zoo to premiere their "Song for Dad".

In recent months I've had the privilege of chatting with all ten of these 10-year-olds at Queensferry Primary School, about why their dads mean so much to them. With help/alchemy from Fischy music's Jed Milroy and videographer/producer Sandy Butler (more on that in future blogs) I've watched those kids transform their feelings into a simple and beautiful tribute.

And today we saw the emotional effect on the audience of dads, mums, carers, third sector and business people as they heard these children setting out better than any policy document exactly what difference a great dad can make. Now you can hear it too - and if you like it, please share it! We think it sums up the spirit of Year of the Dad.

But the song was only one of the high-points in a day which marks the start of a campaign two years in the making.

Mums were conspicuously high on the agenda - and intentionally so, in keeping with the conviction at the heart of the campaign that encouraging and supporting the nurturing role of fathers is a win-win for women, children and society at large as well.

Aileen Campbell, the Minister for Children and Young People, was passionate about the initiative, which is backed by the Scottish Government. Recently back from maternity leave, she spoke personally about the influence of her own father, and the involved parenting role of her partner, which allows her to pursue a demanding career. 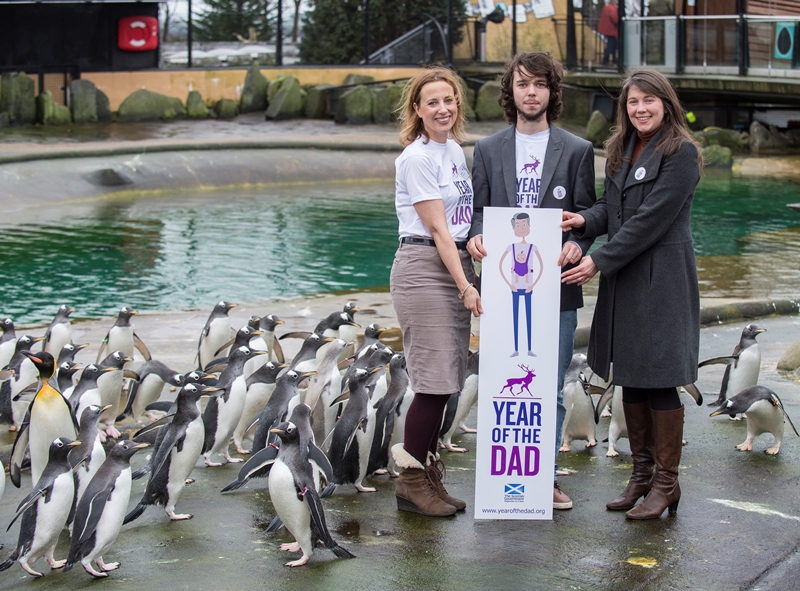 Sam Pringle, CEO of Fathers Network Scotland and mother of two, echoed how crucial shared parenting was in her own family, when her husband's "hands-on" role gave space to recover after two difficult births. Meanwhile Tim Porteus, storyteller and dads' worker at Midlothian Sure Start, had the mixed and multi-aged audience singing "If you think your dad's amazing stamp your feet" before the Queensferry schoolchildren delivered their finale to an ovation of cheers and Kleenex-dabbing. 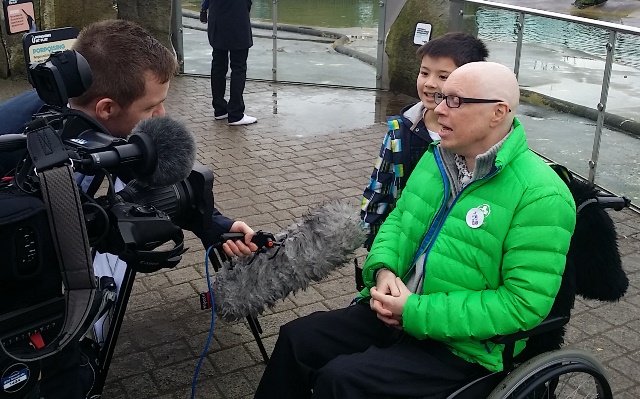 Guests of honour included Peter Airlie and his family - whose inspiring story as a teenage father belies the stereotype of "deadbeat dad" - and David Drysdale, sharing the role of CEO with Sam Pringle in coming months as he recovers from cancer.

Flanked by his father Dougal and son Manow, David was greeted by cheers and interviewed for STV news.

Meanwhile over lunch at the Jungle Cafe, hundreds of guests filled out postcards showing why they looked up to their dads, with little ones particularly entertained by a fusion of our friends at Dads Rock and Fischy Music - just two of the many organisations on site to back the campaign.

Because ultimately Year of the Dad is much bigger than all of us, a coalition of thousands who want to see culture shift and dads get the support and recognition they deserve as involved parents. The campaign's success relies on your participation in it - and the blizzard of tweets and FB messages hashtagged #yearofthedad showed the news is getting out. 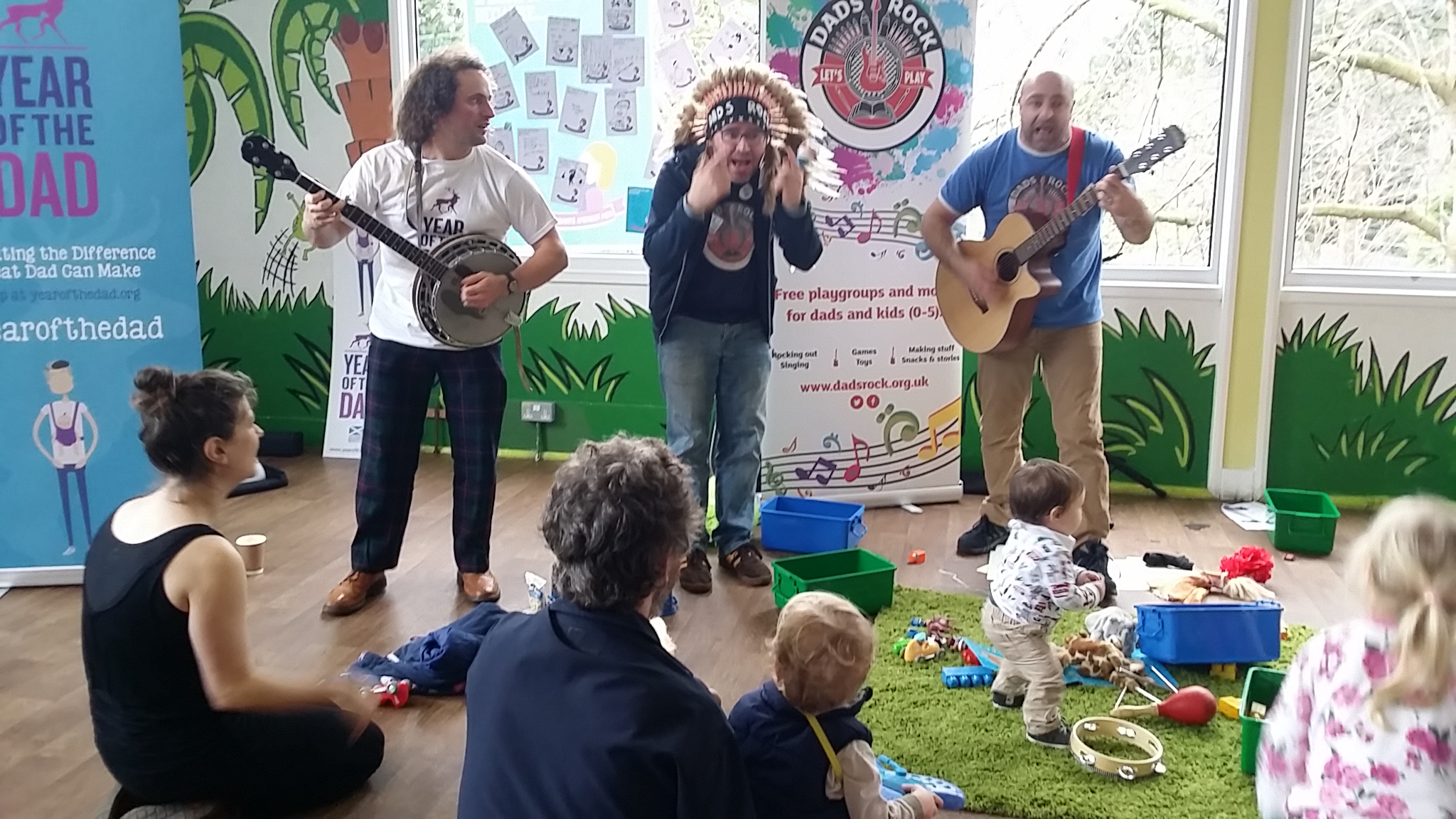 So thank you all for your support and involvement - and please keep it up! Check out the plentiful resources in this brand-new website (the FAQ and Badges in particular), make sure you're in the dad-friendly directory (it's shared with the Fathers Network Scotland site, so you don't have to do it twice) and let us know about events you're holding in the coming year.

Along with the children on that stage today, make sure your voice is heard!